Types of Cyber Attacks and why US businesses must protect themselves.

Cyber attacks are one of the biggest threats businesses face today, and you’re not alone if you feel like it’s only a matter of time until you’re targeted. There’s a strong possibility that you’ve already been attacked. There’s a good chance there are already threats hiding in your systems that you don’t know about.

As the tragedies in Ukraine after the Russian invasion have demonstrated, war and crime are still carried out with lethal weapons. However, they are also carried out in cyberspace, and misinformation, security breaches, and sabotage are all parts of the equation.

Russia’s campaign on Ukraine, which has included massive cyber attacks on the country’s government and infrastructure, is a reminder of the type of damage and repercussions a Russian cyberattack can inflict on nations. US institutions and businesses could be the next target.

8 Types Of Cyber Attacks You Should Be Aware Of:

In a phishing attack, the attacker sends an email that looks like it’s from a legitimate company, but the email contains a link that leads to a fake website or downloads malware onto the victim’s computer.

Malware can be a program, script, or code that is designed to damage or disable computers and even computer networks. There are many different types of malware, but some of the most common ones include viruses, worms, Trojans, spyware, and ransomware.

Malware infiltrates a network by exploiting a vulnerability, which can be used to steal data or damage the computer.

The attacker floods the victim’s website with traffic, preventing legitimate users from accessing it.

#4 Man In The Middle Attacks

Man In The Middle Attack is when the attacker intercepts data as it’s being transmitted between 2 parties. There are 2 common entrance points for MitM attacks:

1. Public Wi-Fi: Attackers can put themselves between a visitor’s device and the network when using unprotected public Wi-Fi. The visitor, without knowing it, transmits all information to the attacker.

2. Malware: After the malware has infiltrated a device, an attacker can install software that will process all of the victim’s data.

SQL, which stands for Structured Query Language, is a programming language used in relational databases and other data storage software.

SQL injection is a type of cyber attack in which an attacker exploits vulnerabilities in SQL databases and inserts malicious code into a website’s input fields. This can allow them to gain access to the site’s database.

A zero-day vulnerability is a software flaw unknown to the general public. It’s called a “zero-day” because it can be exploited on the first day of discovery before developers have had time to patch the security hole.

DNS tunneling is a technique that allows an attacker to use a common protocol (the Domain Name System, or DNS) to communicate with a remote server while evading network firewalls and intrusion prevention systems (IPS).

The attacker can use this to obfuscate communications and get information out of a secured system that would normally not be allowed.

As the world becomes increasingly interconnected, so does the risk of cyberattacks. The Internet of Things (IoT) is particularly vulnerable to attack, as it involves many devices that are interconnected and reliant on software for their functioning.

IoT attacks are a type of cyber attack that explicitly targets IoT devices.

They can be used to steal data, gain access to networks, or even take control of the devices themselves; as IoT devices become more common, the risk of these attacks increases.

Cybersecurity Services You Can Trust

Businesses need to be aware of these different types of attacks and take steps to protect themselves from them. One of the best ways to protect against Russian cyberattacks is by hiring a reliable cybersecurity company.

Upstart Cyber provides a full range of cybersecurity services ranging from security assessments and strategy development to incident response planning. We can also provide real-time access monitoring, so you will know when someone is trying to access your system.

We offer ongoing training programs designed specifically around your company’s needs to ensure that you are always up-to-date on any new developments or techniques used by hackers today. 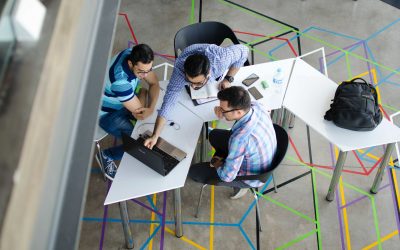 We live in a world where the "bad guys" are getting smarter and more sophisticated in their attacks. Traditional... 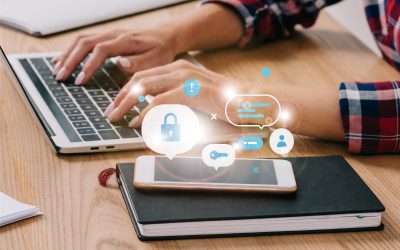 Rogue devices can be a major security threat, and it's important to have a strategy for detecting and preventing them from... 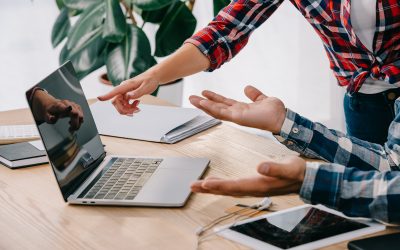 How important is it to include a real-time asset tracking system?

With the many moving parts of today's IT landscape, it's important to find ways to streamline your processes. One way to stay on...